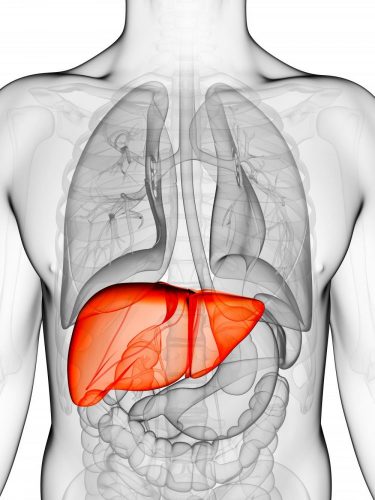 Beyond the Hormonal Triad: The Liver and an Important Source of Cortisol

Beyond the Hormonal Triad: The Liver and an Important Source of Cortisol
Monique Hallee, ND

So often, support of the adrenal glands is included in naturopathic treatment plans. A common thought is that if you treat the adrenals, you also have to treat other hormone producers, like the thyroid and sex organs (ovaries or testes). Clinical practice certainly indicates this to be true. However, the liver should not be forgotten. The liver earns its main claim-to-fame because of its role in the detoxification of substances we ingest, as well as in the endogenous conversion of hormones, such as menopausal estrogens. It is the relationship of the liver to the adrenal glands through cortisol production that is often left out of the equation, but which may be a beneficial factor in treatment considerations.

THE LIVER AND CORTISOL

In a recent study of obese subjects, the liver was reported to be a source of cortisol.1 This is big news for “adrenal burn-out,” but the relevance to practice may not end here. The liver’s cortisol production is a result of the enzymatic activity of 11β-hydroxysteroid dehydrogenase type 1 (11β-HSD-1), which is responsible for the conversion of cortisone to active cortisol. Other sites for this enzyme include the gonads and central nervous system. Providing opposing action to this is the enzyme 11β-HSD-2, which converts active cortisol back to cortisone; 11β-HSD-2 is produced mainly by the kidney, but also by placenta and colon. One study focused specifically on the upregulation of 11β-HSD-1 when monocytes convert to macrophages,2 indicating a connection to the immune system.

One of the actions of cortisol is to suppress the immune system and inflammation. This occurs as Th2 mediators, interleukin (IL)-4 and IL-13, stimulate the production of 11β-HSD-1 to increase cortisol. Meanwhile, interferon-gamma (IFNγ), mediated by the Th1 component of the immune system, acts to inhibit those interleukins and ultimately prevent 11β-HSD-1 from producing more cortisol. Read More